Here at MobileGamePlace.com we always have our eyes on indie game developers that struggle to get noticed, and today we have a short presentation of ThoughtShastra Solutions.

ThoughtShastra is based in India and is a self-funded start-up founded by 4 partners. They started developing games in March 2014 and since then they have launched 4 games in Play Store. Their website is: http://www.thoughtshastra.com/ and their play store portfolio can be reached here: https://play.google.com/store/search?q=thoughtshastra&c=apps

Here are four of their first games:

Dragon Slayer is a first-person-shooting style game where your goal is to kill all the dragons and complete four different levels with increasing level of difficulty. You play a role of an exiled king who seek to reclaim his lost glory by attacking the dragons and regaining his kingdom. The game features 4 different types of fire breathing dragons – Drachens, Twin Dragons, Dragonoid, and Red Dragons. You start with killing three Drachens in Death Arena and then move on to face an army of Dragonoids and finally defending your tower from incoming attack of Red Dragons.

Your armory contains a dagger, bow, crossbow, and shield. Each of the bow has limited fire-power of 20 arrows. Each weapon has a certain distinctive advantage and should be used in appropriate situation e.g. dagger is effective for striking dragons from a short distance whereas bows are more effective in attacking flying dragons. Choosing the right weapon in a given situation is the key to killing the dragons faster. You can also unlock additional weapons to kill dragons faster through in-app-purchases.

Completing each of the objectives unlocks an achievement and confer a title to you. You can also compete with friends in your circle for high scores.

Your goal in the game is to flick the coin in a pocket. Within three flicks you have to score some minimum points to win a level. You score points every time the coin collides with the edges of the board. There are various board-entities with which your coin can collide. Aim for Bonus Points on the board to increase your score. Speed Boosters can help your coin gain momentum while Speed Bumpers can slow down your coin. Death traps are present in the form of Bombs, so be wary of those.

The game provides three boards with increasing friction factor: Glass, Wooden, and Metal. You can play 10 different levels with increasing difficulty. You can also unlock achievements as you keep on winning and compete with your friends for high scores.

The free version of the game has advertisements which can be removed through an in-app-purchase.

Your goal in the game is to complete five objectives with increasing level of difficulty. You start with defending yourself in enemy territory and then move on to destroying the enemy’s communication tower and crippling their supplies by capturing a connecting bridge. In the final objective you need to destroy the enemy’s headquarters.

You can choose from 7 different types of Tanks, 3 of which are free and the rest can be unlocked through an in-app-purchase. There are three different ammunition available: missiles, shells, and bullets. Each of the tanks has limited number of missiles and a unique combination of agility, fire power, and armor strength. Choosing the right tank for a given objective is the key to winning the war.

Completing each of the objectives unlocks an achievement and lets you climb the rank in your army. You can also compete with friends in your circle for high scores.

In this Mortal Kombat style game you can choose from 7 different fighters to engage in combat with an enemy. Each of the fighters has unique combination of agility, strength, and offensive power with a signature “finishing move”. There are 6 different combinations of punch and kick moves and 3 combinations of dodge moves.

The game is free and is supported by advertisements that are removed if you purchase the premium version that also unlocks all the fighters. 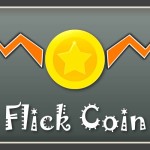 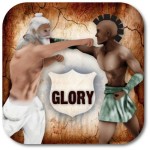 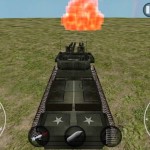 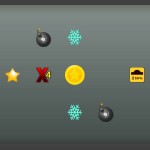 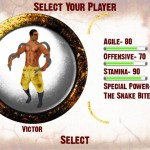 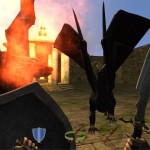 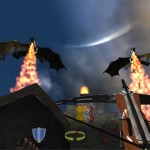 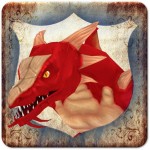